Experience comics in a new way at Talking Pictures, where creators will combine art and performance for a multimedia storytelling experience. In other words, they will read you their work while the art is projected onscreen.

Meet our roster of presenters (alphabetically by surname) below! This diverse group of visual storytellers will bring you an evening of engaging, entertaining and thought-provoking readings, with Adelaide-based comic creator and Papercuts Comics Festival co-director Owen Heitmann as emcee.

To reserve your place at this event, please click here to book through Eventbrite. 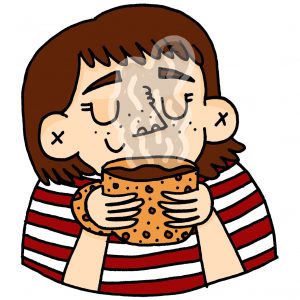 Georgina is an Adelaide-based comics creator, illustrator and teacher. Her largely autobiographical comics have been published in comics anthologies and literary journals in Australia and internationally. She’s also self-published many minicomics since 2007 under her pen name, George Rex Comics, including the Ledger Award-shortlisted Harry Potter and My Childhood Obsession. Alongside her short works, she’s working on her debut full-length graphic novel: a memoir about growing up with her brother Robert, who has severe autism. She is also co-director of Papercuts Comics Festival. 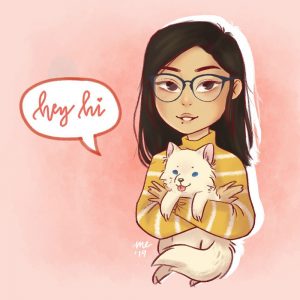 Michelle is an Honours student studying Psychology at the University of South Australia, and also works at a not-for-profit organisation for alcohol and other drug counselling. She likes drawing fan art, urban fantasy and autobio comics, and also puts her artistic skills to use as a face painter. You may have heard her on Radio Adelaide, where she previously co-hosted Pixels Rising, a community radio show about video games. Talking Pictures will be her debut experience of sharing her comics in public – and we hope that it will be the first of many! 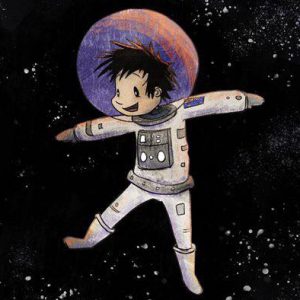 Growing up reading Roald Dahl books and having adventures with Calvin and Hobbes, Peter was heavily influenced by the way Quentin Blake and Bill Watterson brought stories to life. Since graduating from the University of South Australia with a degree in Communication Design (Illustration), he has illustrated four children’s books published by Era Publications, worked on several projects with the Commissioner for Children and Young People in South Australia, and worked with Awesome Fighter Animation as an in-betweener. For the past year, he has been illustrating for The School Magazine, a literary magazine for children. 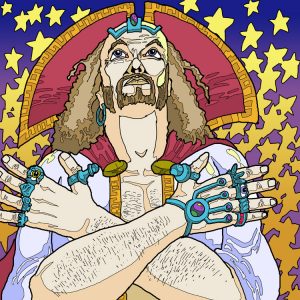 By day, Mike Cooper is a doctor of physics, games programmer and designer, and teacher. At night he turns into Dr Mike 2000, creator of psychedelic superhero sci-fi, such as his recently completed 12 issue comic series Universe Gun, which is a little bit X-Men, a little bit Fifth Element, and a little bit Yellow Submarine. Mike has travelled this great nation spreading the word of his orgone-infused comics, and in the process has contributed to other Australian indie productions such as Retro Sci-Fi Tales, NSEW, Deathship Jenny and The 4 Horsefemmes. 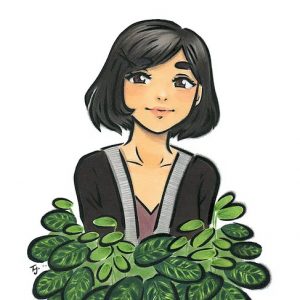 Tsunami is an Adelaide-based artist with a Bachelor of Visual Communications from the University of South Australia. She has been drawing her own manga style comics since the year 2000, and hiding the bulk of them from public view for just as long. Meanwhile, she has shared selected tidbits of her art in a number of solo and collective art exhibitions, taught workshops, created an auto-bio webcomic, and has now agreed to participate in Talking Pictures. (Please don’t boo or throw things at her.)

Franklin is studying a Bachelor of Visual Art at Adelaide Central School of Art, where they received a School Leaver Scholarship in 2018. They work in a range of media, and their painting Bins at car park behind building on Philip Street Thebarton, 10:19 – 12:25 am, Wednesday 9 January 2019 received the Thebarton Utopia Bartenders’ Choice award in 2019. Adam is currently studying costume design at Flinders University and working through Carclew in the Creative Consultants program. Adam is also “just really very a lot queer”. Adam and Franklin are collaborating to present a comic that looks thematically at how we use stories to mythologise and reflect upon our own lives. 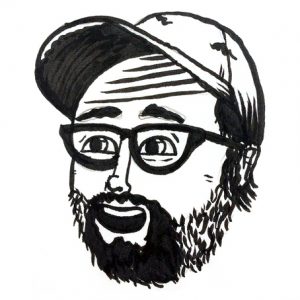 Jake is a multi-disciplinary artist with a Bachelor of Visual Arts from Adelaide College of the Arts, who co-founded artist-run initiative Tooth and Nail Studios (2011 to 2018). He has dabbled in comics for more than 10 years, but is best known as a screen-printer whose work has been acquired by the South Australian Art Gallery, Mornington Peninsula Regional Gallery, Flinders University Art Museum, National Gallery of Australia, and the Australian War Memorial. He also works as a chalkboard artist, mural painter and collage artist. 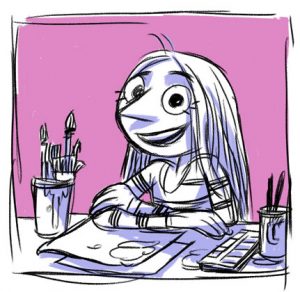 Madeleine is a freelance comic artist, animator and illustrator from Adelaide. She is currently illustrating her first graphic novel, an historical biography about the South Australian suffragist Mary Lee (1821–1909). She also regularly writes and illustrates spreads about amazing women of history for the tween-targeted KOOKIE magazine. She’s done comics for international anthologies as well as national publications such as Voiceworks magazine and the Starrytellers anthology. She has a passion for history, native flora and fauna, and drawing humorous comics. 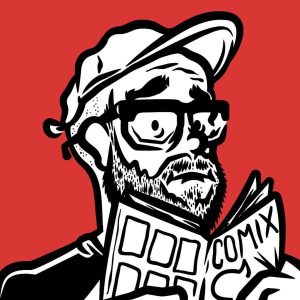 Ben is a cartoonist and freelance illustrator from Newcastle, New South Wales, who has been independently producing the comic series Storm Clouds since 2014. He also lectures on graphic design and is currently completing a PhD in Visual Narrative Design at the University of Newcastle. As an academic, he presented his paper Australian Indie Comics: Pulp, Zines and Academia as part of Thought Bubble 2018 in Leeds, UK. Last year he was also a featured artist in an exhibition of Australian independent comics in Lodz, Poland, as part of their International Festival of Comics and Games. 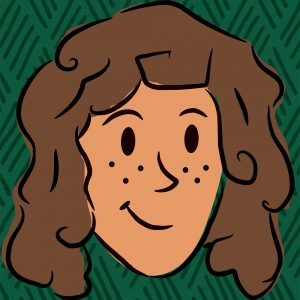 Grace spends her happy times at the intersection between arts, social justice and education. She has a Bachelor of Visual Arts and is currently undertaking a Master of Primary Teaching to formalise her ‘working with kids’ skills, after discovering how hilarious and excellent children are. Grace has experience in children’s arts workshops, graphic design and illustration, but Talking Pictures will be her first official foray into comics. Grace believes in the power of stories to entertain, and change hearts and minds. In her spare time Grace collects children’s books, plays Dungeons and Dragons, and plays in a few street/samba bands. 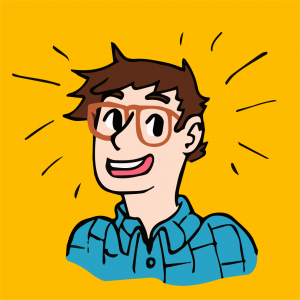 Briar is an illustrator, zinester, graphic designer and comic maker with a Bachelor of Creative Arts from Deakin University. Their comics – including The Bakery Plans a Heist (printed in risograph colour) and the excellent Deadman Place series about a haunted sharehouse – are the best combination of goofy and sincere. Outside of comics, they love reading fantasy and sci fi novels (and trying to write them), watching cheesy movies, and trying to bond with their pet lizard. That’s right, Briar has a pet lizard. A PET LIZARD! Are you jealous? You should be. 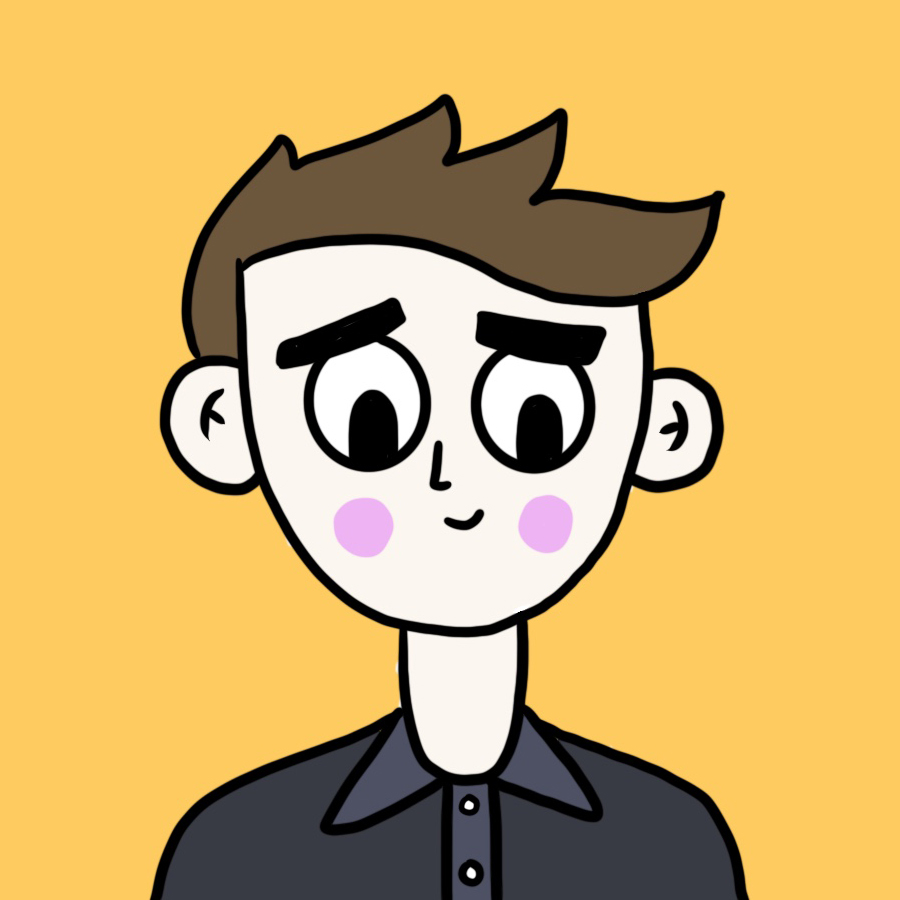 Rebecca is an Adelaide-based comic maker and zinester. Her work has appeared in Stolen magazine, Indie Ladies Comic Anthology and On Dit. She also regularly self-publishes the Days and Mild Scribbling zine series, which (in the words of Collage Adelaide) “appeal not only to the capricious millennial, but also the romantic nostalgist”. She has presented at National Young Writers’ Festival in Newcastle, and co-organised Zina Warrior Print Fest in 2017. One day she would like to open a secondhand VHS rental store.

† The artists whose names are marked with this symbol also have stalls at the Papercuts Market Day, where they will be selling their work.

Talking Pictures is presented in collaboration with the University of Adelaide Department of Media.

Talking Pictures is based on similar events held interstate under the name Read To Me, with the permission and cooperation of Read To Me co-creators Gabriel Clark and Fionn McCabe.