Papercuts Comics Festival is a celebration of comics and graphic novels in Adelaide, South Australia. It was first held in September 2019 and will return in September 2021. It aims to promote awareness of comics and graphic novels as an artistic and literary medium, showcase members of the local creative community, connect creators with one another, and help creators reach new audiences.

Papercuts was born of a passion not only for comics but for Adelaide. The festival co-directors aim to create an event that celebrates Adelaide’s cultural reputation and develops partnerships among the creative community. We know that Adelaide has a rich and diverse community of practising comics professionals, emerging creators and keen amateurs. Adelaide also has a strong history of arts and writers festivals. Just as comics bring both art and writing together, Papercuts Comics Festival aims to create connections between those who love comics and new audiences who don’t yet know that they do.

The festival consists of five events over five consecutive days. These events have been carefully designed to showcase many different facets of what comics can offer and to appeal to readers, writers and artists alike. Additionally, all events are free entry to the public as part of our mission to promote comics to new audiences and remove barriers to entry.

The Papercuts Comics Festival co-directors are Georgina Chadderton and Owen Heitmann. Since 2013, they have jointly co-organised Comics with Friends and Strangers, a monthly meeting for current and aspiring comic creators. Georgina also co-organised the zine fair Zina Warrior Print Fest in 2017 and 2020. 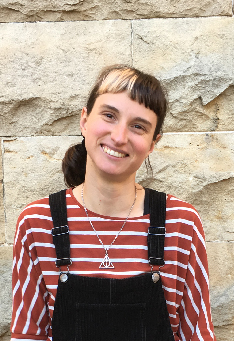 Georgina Chadderton is an Adelaide-based comics creator, illustrator and teacher. Her largely autobiographical comics have been published in comics anthologies and literary journals in Australia and internationally, and she’s also self-published many minicomics since 2007 under her pen name, George Rex Comics, including the Ledger Award-shortlisted Harry Potter and My Childhood Obsession.

Alongside her short works, she’s also working on her debut full-length graphic novel: a memoir about growing up with her brother Robert, who has severe autism. Its working title is Oh Brother. She began developing this book with the support of the 2016 Colin Thiele Scholarship for Creative Writing, and received the 2017 Ian Wilson Memorial Fellowship through the May Gibbs Children’s Literature Trust to continue working on it.

In December 2016 she was an invited guest at the Women In Comics festival in Melbourne, including appearing on a Q&A panel with Mandy Ord and international creators Hope Larson and Savanna Ganucheau. She has also appeared by invitation at several interstate and international writers’ festivals, including Ubud Writers & Readers Festival in Indonesia (where she performed a live comic reading), National Young Writers’ Festival and Emerging Writerss Festival.

Most recently, her work was selected to appear in a curated exhibition showcasing the best of Australian comics held in Lodz, Poland, as part of the 29th International Festival of Comics and Games. She was one of just 20 exhibitors chosen, among prominent Australian creators such as Pat Grant, Mandy Ord and Bruce Mutard. 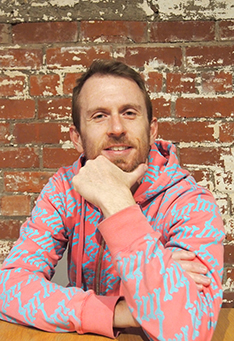 Owen Heitmann is an Adelaide-based writer and artist of comic books whose work was first published nationally in Dillon Naylor’s Da ‘n’ Dill in the ’90s. His comics have since been published in the United States, Canada, Australia and New Zealand. He is currently working on a graphic novel for middle grade readers, with the support of three successive grants from Arts South Australia.

In 2017 he was writer-in-residence at the South Australian Writers’ Centre and participated in the Comic Art Workshop in Indonesia. He has also written about comics for The Weekend Australian, the Sydney Morning Herald, the Age and the Journal of Graphic Novels and Comics.

Owen is also publisher and editor of Amplified Press, a micropress with a focus on amplifying local comics voices, particularly those of South Australian creators.